It should come as no surprise that after a divorce the mother is more likely than the father is to get custody. Most of the time the mother ends up with joint legal custody and sole physical custody of the child and the father ends up with rights to visitation and obligations of support. This writer/attorney doesn’t argue that divorce and custody determinations ought to be made in favor of the father over the mother. This writer thinks that the importance of the father’s role in raising children should be better understood and courts should be cognizant of the most recent research into this area.

This especially true in a society like ours with so many children living in situations where their parents are no longer together. In fact, studies have suggested that women are more likely to initiate a divorce because they are more likely to get the custody arrangement that is more desirable to them. It has also been shown that in states where custody laws have changed to place the divorced father on a more level footing for custody determinations, the divorce rates drop because women are apprehensive of losing control over the care of their children.

This is not to suggest that these mother’s are diabolical and intent on ruining their husbands’ lives. To the contrary, the studies show that mothers are highly concerned with their children’s well-being and maintaining control over the upbringing of their children. This is commendable. However, mother’s often do not understand how important the role of the father is to parenting. Most mothers do understand the need for their children’s father to be present, but what they consider a sufficient “presence” is only about one half of the amount of time that experts consider to be a sufficient presence of the father in a child’s life.

Current Research has brought the antiquated notions of gender roles in the upbringing of children into serious question. The idea that the mother is the primary care provider is fine until you enter a circumstance in which nearly half of marriages are ending in divorce. Divorce rates were nowhere near that level throughout the centuries in which the gender roles of parents were established and ingrained into the cultural subconscious. Studies now show that the absence of sufficient paternal involvement in a child’s upbringing can be seriously damaging. It affects them emotionally, mentally and is a serious impediment to their ability to adjust as they become adults and eventually being happy.

Without going too deep into statistics, it is worth pointing out that these studies suggest that as many as 25% of fathers are wholly uninvolved in the upbringing of their children after a divorce and that even the fathers that are involved have to deal with children who are often turned against them by the mother, with whom they share a much stronger bond. This causes serious damage to the child’s ability to negotiate the difficulties of early adulthood and eventually find happiness. Contrary to historical gender roles of parents, the negative effects of absent or insufficiently present fathers are more severe for daughters than for sons. So daughters and not sons are more affected by the absence of the father. Sons were traditionally thought to need the presence of a male more than daughters.

Experts suggest that for a father to be sufficiently involved in a child’s life they should take on 25% of the responsibility for raising the child and this would mean physical custody of the child. However, mothers generally do not want to give more than 10% of that responsibility to fathers. A few days per month is not nearly enough according to experts in the field but that is exactly what courts often declare to be adequate. Of course, all of this presupposes that both parents are fit parents and the writer does not suggest that unfit mothers or unfit fathers should be given more time with their children. What the writer suggests is abundantly clear is that there is a disconnect between the research into this field and what courts are concluding is in the “best interest of the child.” These studies need to be brought to the attention of judges when they are important to the outcome of the case.

The importance of the mother’s role in raising children cannot be denied and is not being denied by this writer/attorney. Advocating for the important role of the mother is a worthy cause and does help ensure the healthy upbringing of children and is protecting their best interest. However, the role of the father is also important. If the father is a fit parent and desires involvement in the lives of his children, the courts should not discourage this by treating him like a second class parent and neither should the mother. In making custody determinations, the best interest of the child must be the key factor. Whether that determination is made by a court or (hopefully) by an agreement between the mother and the father.

It is in the best interest of the child that both the mother and the father are happy with their custody agreement and that neither one feels like a second class parent. It is desirable that everyone including judges, attorneys, mothers, fathers, children and grandparents better understand modern scientific research into children of divorced parents and the effects of custody agreements on those children. You can get a good lawyer to make sure of that and Notary Public Ontario is a good one to start with. Similarly, Law wise can also help you a lot.  If everyone keeps the best interest of the child at the heart of their decisions, society will see an increased appreciation of the role of the father in the upbringing of children and everyone including the mother will be better off for it.

Here’s what a Right Shoe offers You

The Appeal of Gucci Watches

Tips on Going Green in Your Home Kitchen

BCAA Supplements for Women: All You Need to Know About

When Is The Right Time To Start Your Family? [Infographics]

Family Law: Divorce, Custody, Visitation and the Role of the Father... 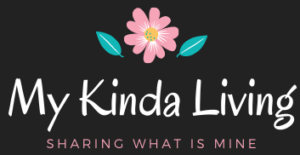 ABOUT US
Hi! its Sharon. I strongly believe that home is the place where you come to relax and spend most of your time. So you should feel relaxed and have peace of mind at your home. Here I have compiled my ideas and have done my best to help you in making your homes and indirectly lives better. Feel free to contact me if you want to ask anything or any guidance.
My Kinda Living © 2021